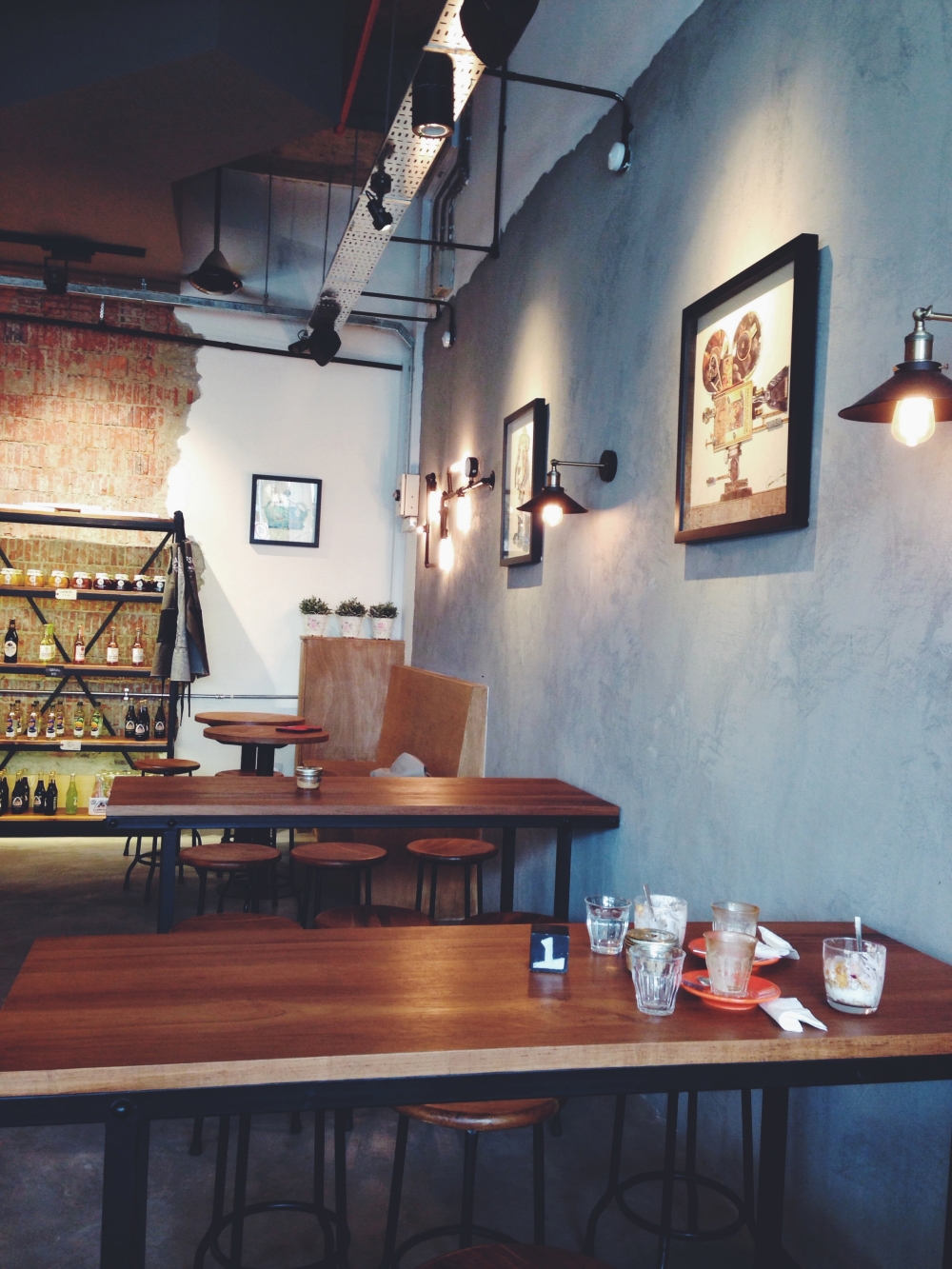 I still can’t believe I travelled all the way to the East for good coffee. Siglap, to be more precise. All for the sake of trying out this three-week old café. It wasn’t exactly a tedious prospect, but it just so happened that that day was particularly hot, and I almost couldn’t bring myself to further my advances in the obtaining of skin cancer. I’ll be the first to get it and my future children would hate me forever. It’s kind of genetic, you know.

So thank goodness this place had an ambience welcoming enough to compensate for the long distance. I took my little sister along to accompany me, forcing her to bring along some work just so she could at least attempt to be productive that Thursday. I brought my English stuff along, but ended up gushing over the coffee instead of analysing the moth-like tendencies of Blanche Dubois in Streetcar named Desire. All’s still good, I promise.

The cappuccino was one of the best I’ve had in an incredibly long time. I appreciated its soft and creamy touch on the palate, and wasn’t in the least bit acidic or sour. The iced chocolate was predictably sweet and refreshing; you can’t exactly go wrong with this. Some places like to posh it up with some vanilla ice cream and extra bits and bobs, but this was perfectly fine on its own. Yum.

The food, on the other hand, was another story. Pips, my sister, ordered the pain au chocolat, her favourite, which was unfortunately nothing short of disappointing. Sufficiently chocolatey and gooey on the inside, yes, but it should definitely have been served warmer and toastier. The crisp factor here was little to none, apart from the occasional caress of flaky crust on your tongue as you joyously tear the elastic pastry bands beneath the less-than-pleasant crust on top.

My own parfait was mediocre, decent at most. The yoghurt they used was a little thin and much too bland; someone needs to hook these guys up with some greek yoghurt stat. The thick, freshly-strained sort. Tang missing, fruit doing little to compensate for the muesli which was overwhelming in both quantity and sweetness. I felt a tad ill after eating just half of the stuff. I personally love it when muesli and yoghurt are mushed together and the initial crunch is whittled down after some time to a delectable, sub-healthy mush, but the ratios here did not work as well to bolster that nice ‘mush’ factor. Ah, pity.

That being said, the ambience here was more than inviting, gorgeous wooden tables everywhere and even a miniature ferris wheel gracing the wide window, and the staff are friendly and amicable. They also serve a variety of belgian waffles, each with its own coupling of ice cream and toppings. I promised myself, as I left, with a half-heavy heart, to try some the next time I chance upon an East Café adventure. Waffle-anything is the epitome of café worthiness, and this place is worth the hop.