Yeah. you heard right. And yes, it works. 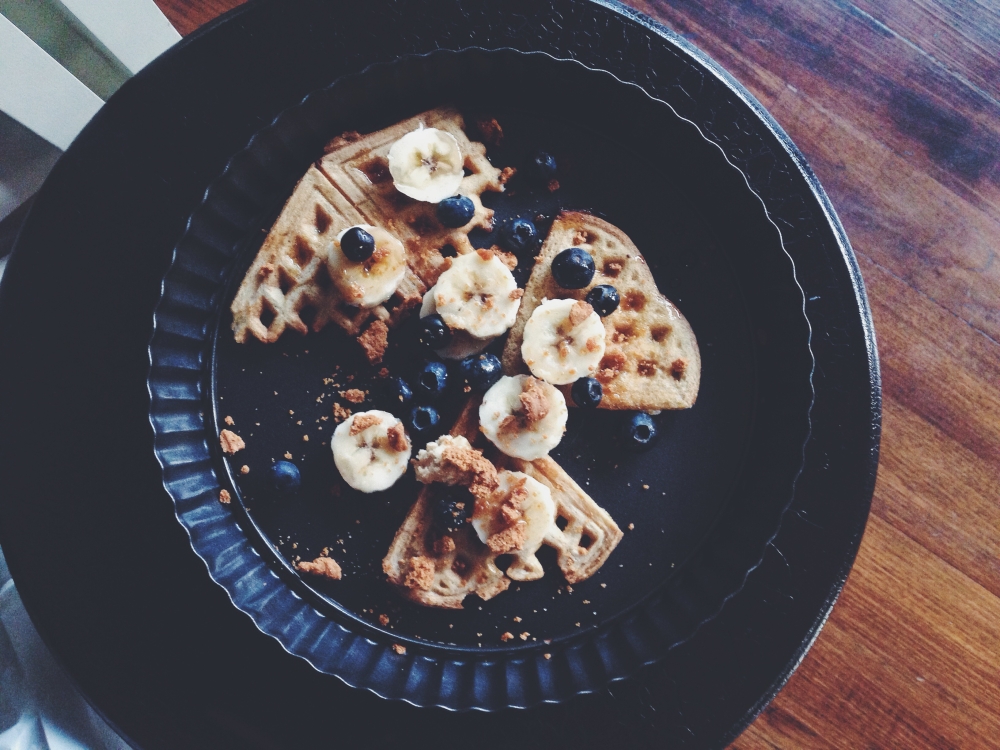 I first came across the idea on Entertaining with Beth, aka one of the few domestic channels I bother to watch on Youtube. This wonderful lady labours tirelessly in the kitchen to find the perfect formula for the most basic whip-ups, be it pancakes, waffles, cupcakes or brownies, and I admire her efforts to help us peasants. But! I was hesitant to try this out for a few reasons:

– Secondly, I always have a problem with timing… and storage. I was worried about how well these would freeze and toast up, and how long it would take for the same crisp factor to be achieved in a very different waffle maker. 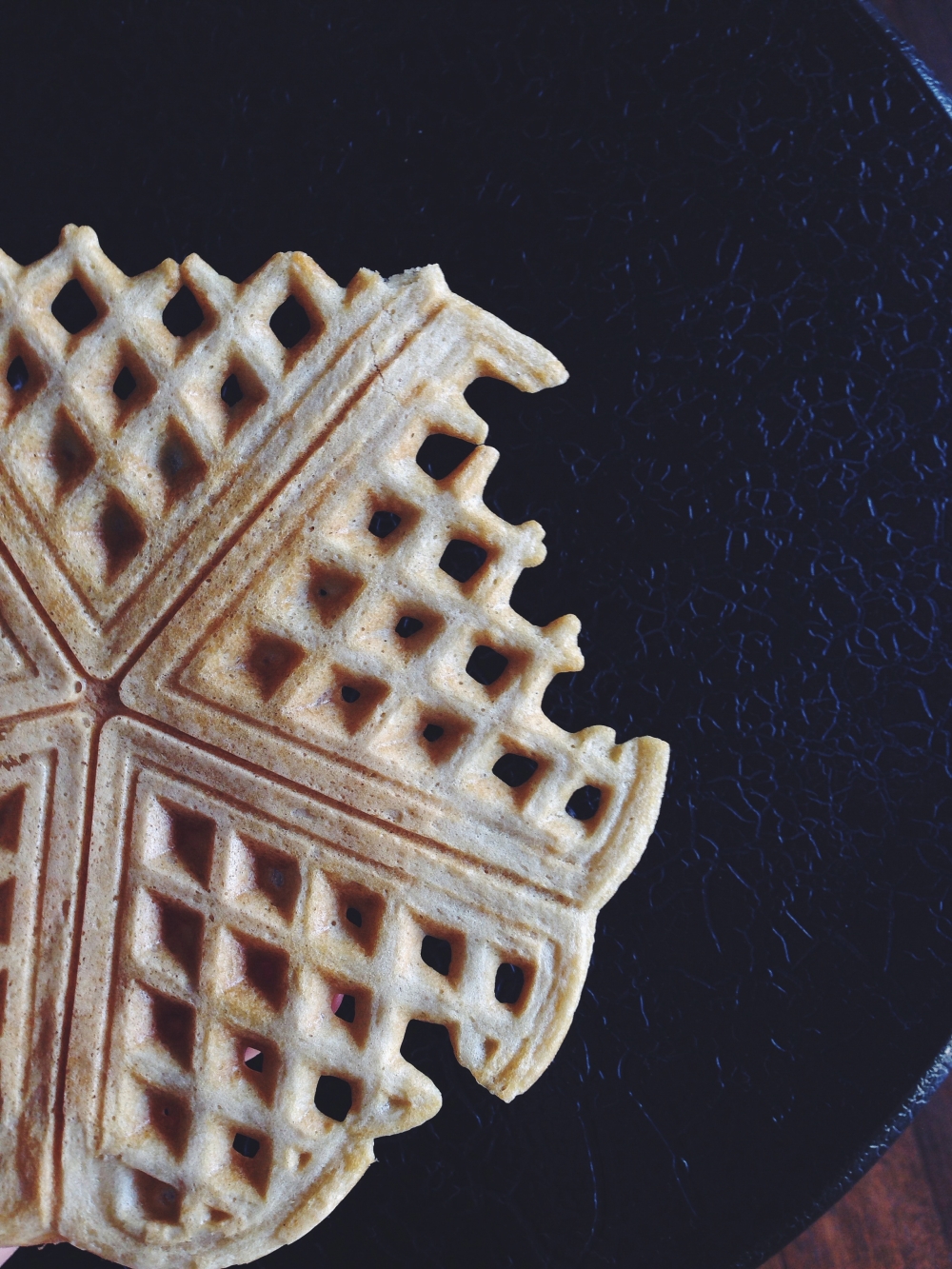 I obtained the desirable crunch factor on my third waffle… By accident (above picture). Third try. During the first two tries, I got some lovely crisp ones, but they were thick and still a little dense in the middle. It was only on my third go, with hardly any batter left, that I realised that the trick to The Rich Crisp, if you’re using this waffle maker, is to use less than half a cup of batter, so that there are still holes and gaps are pouring into the mold. It’s only this way that the entire waffle can get nice, dark and crisp.

They are light, slightly tender in the middle, and the edges are thin enough to break off like gingersnap. The magic lies in all that butter and soda water, providing tenderness and lift respectively. The base batter itself is plain and versatile, so go crazy with the toppings in the morning. 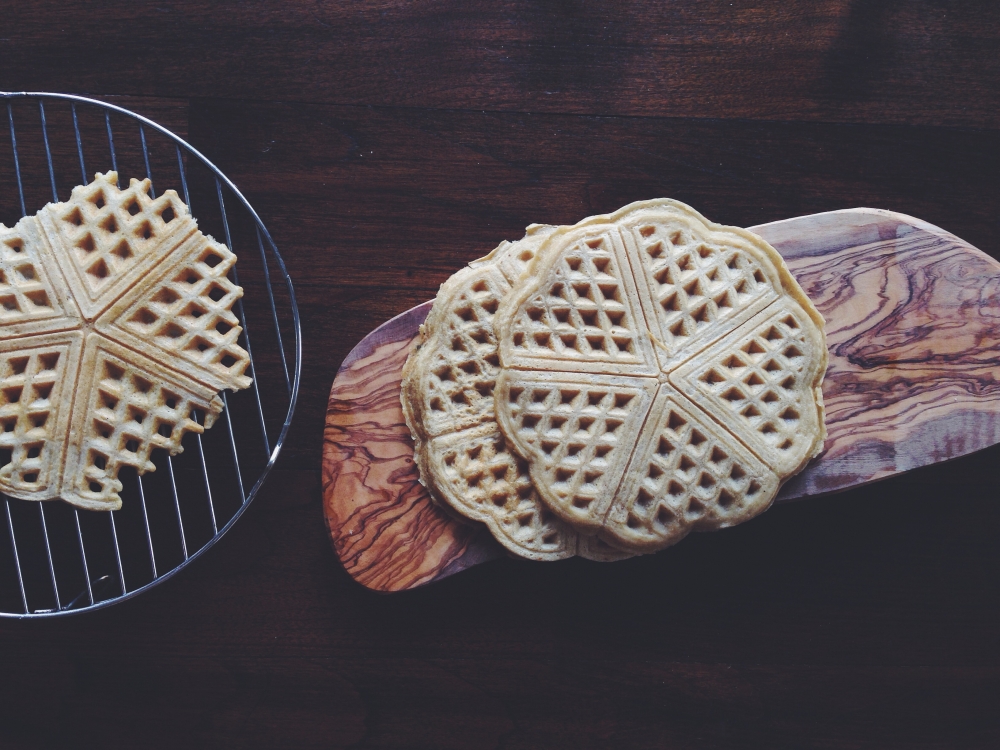 Preheat your waffle iron according to the manufacturer’s instructions. In a large bowl, whisk together the dry ingredients– flour, leavening agents, salt and sugar. Add the egg, milk, vanilla extract, melted butter and lastly, the soda water. Cook in the preheated iron according to the iron’s instructions. In my Sevren waffle maker, it took 4-5 minutes before the edges went crisp and golden.

These freeze wonderfully. Let the waffles cool on a cooling rack, before layering them with pieces of parchment between each waffle so they don’t stick together when you take them out the next morning. The next morning, take them out, microwave for 20 seconds, then stick in the toaster until golden and crisp again.

– a cookie crumbled on top (I used Lotus caramelised cookies), chopped fruit, sprinkled with some coarse salt and maple syrup

Treat the little fellas like toast and have a b.a.l.l.